Rachel Unthank & The Winterset at The Linbury Studio

Tonight I had the distinct pleasure of seeing Rachel Unthank & The Winterset at the Linbury Studio at The Royal Opera House, Covent Garden, as part of the 'Voices Across The World' series of concerts. It's an odd space but I had a perfect view of Rachel and the lasses on stage so I was happy. 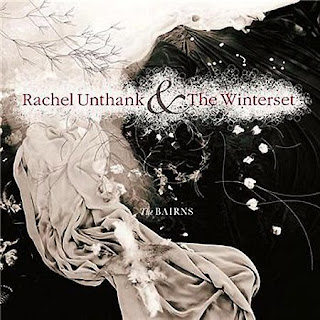 I came across Rachel last year and got 'The Bairns' which I listened to a couple of times, thinking it was a nice album. I listened to it again before Christmas and discovered it's greatness, particularly the sentiment-laden 'Fareweel Regality'. The band is currently Rachel and Becky Unthank, Stef Conner (piano) and Niopha Keegan- (fiddle, accordion) and all sing and play various instruments. It's a pleasure to see them count The Dresden Dolls as an infulence on their MySpace site (where you can also hear some songs). I'd love to hear them re-interpret an Amanda Palmer song.

They opened with Robert Wyatt's 'Sea Song', setting the tone for the rest of the evening with simple arrangements and gorgeous harmonies, the Unthank sisters singing in accent and dialect, reflecting their Northumbrian roots. As well as tracks from their two albums ('Cruel Sister' and 'The Bairns') they sang some non-album songs and one song from the new album, due in September. It was a nicely paced set, with melancholy songs leading into some more energetic songs and even the semi-comic leanings of 'On A Monday Morning' with Rachel regretting the excesses of the weekend. We were also treated to some clog-dancing by the multi-talented Unthank sisters. 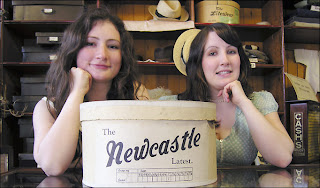 Favourite songs were 'Blackbird' with it's chirpy piano riffs conjouring up the image of a blackbird hopping round, singing it's cheeky song and 'Felton Lonnin' with it's tale of woe and Becky providing percussion by tapping her feet. I was delighted when the lasses came back on for an encore and sang 'Fareweel Regality' about leaving old Hexhamshire, change and growth, and that always touches me - I've been to Hexham many times over the years and can't see that I'll ever return, so it's farewell from me... 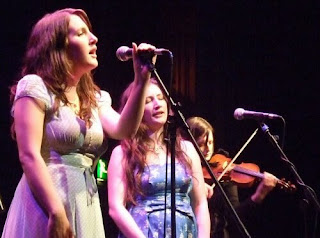 I'm particularly pleased to have seen them tonight since it's one of their last ever gigs. They've got a few more gigs in the next weeks but the band will then dissolve and re-form as The Unthanks with Rachel, Becky and Niopha with a bigger band around them, with percussion, brass and more strings. The new album is out in September and then there's a big tour of the UK over the autumn. They presented Stef with a huge boquet since she's returning to university to finish off her PhD and it was touching to see her wiping away tears.

The Unthank lasses had a nice line in talking to the audience and I can quite imagine them sitting in a little Northumbrian pub, chatting away over a pint and being the life and soul of the lounge, Becky telling us about the terrapins her boyfriend bought her for her last birthday.

I'm looking forward to the new album and I think I'll be seeing them in October at Shepherd's Bush. I thoroughly enjoyed the gig tonight and more would be good. 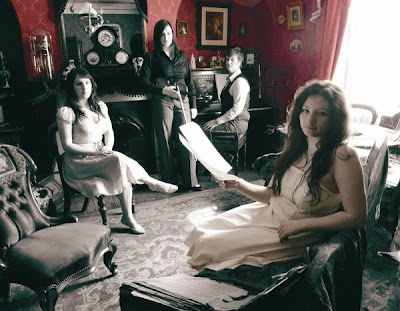