Buffy in the Media

I've found some more things anyone interested in Buffy Sainte-Marie might like to look at - it's nice to see so much interest in Buffy due to her gigs over the past week.

Buffy played the Cambridge Folk Festival on Friday and there are some photos and the setlist on the BBC site so take a look here. The setlist is shorter than Buffy played at the Queen Elizabeth Hall last week, but most of the songs are the same except for the addition of the great 'Cod'ine'. 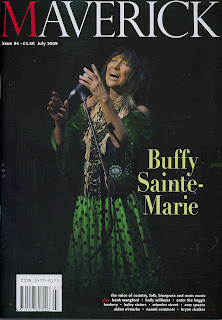 There was a five-page article about Buffy in the July edition of 'Maverick', a magazine I've never heard of before but I'll have to try and get hold of that edition. There were also reviews of 'Running For The Drum' in most of the music monthlies last month but none of them had any particular insights and a few articles in the national dailies, including a review of the QEH gig in the Daily Telegraph. All of these can be seen in the press section of the Cooking Vinyl site, Buffy's label for 'Running For The Drum' in the UK.

I've taken another look at the photos I took at the QEH and uploaded 'final' versions to Flickr, including the few below. I particularly like the first one, with Buffy giving us some joyous and heavy pow wow or, as mentioned in another review, some passion and righteous fire! 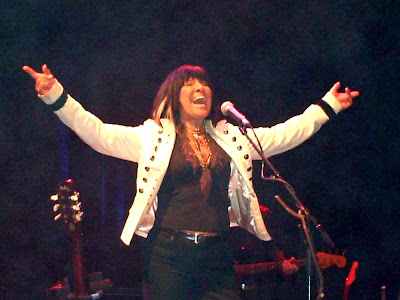 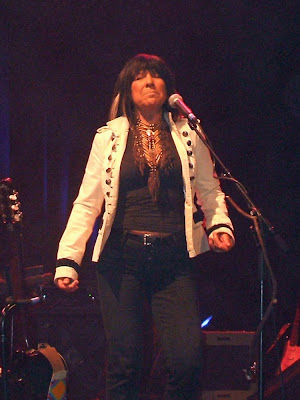 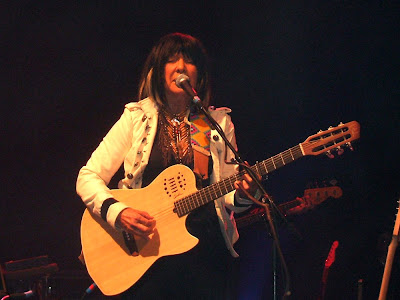 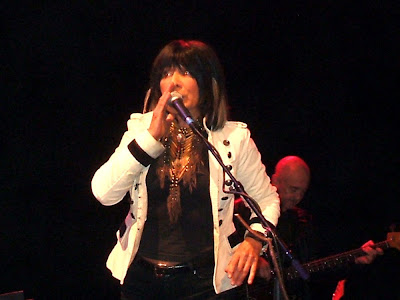 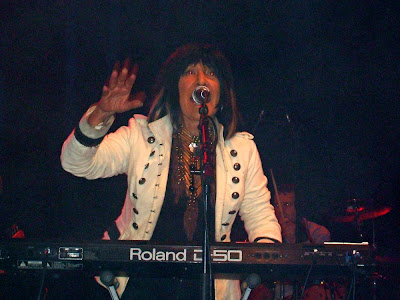 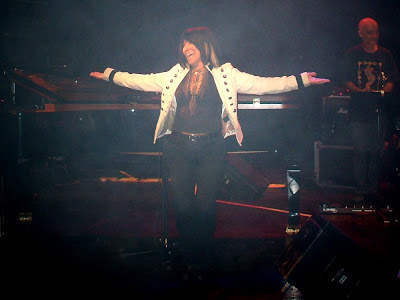 Great pictures, Owen. Love the bottom picture with the lighting the way it is. It's magical.