What's happening to the singles chart? The SLADE wires reported that 'Merry Xmas Everybody' was at No 22 in the singles chart so I meandered over to the BBC site to take a look and this is some of what I saw in the top 30:

27. Band Aid 'Do They Know It's Christmas' (the original)
23. Shakin' Stevens 'Merry Christmas Everbody'
22. SLADE 'Merry Xmas Everybody'
21. Andy Williams 'It's The Most Wonderful Time Of The Year'
16. Wizzard 'I Wish It Could Be Christmas Everyday'
14. Wham! 'Last Christmas'
8. The Pogues ft Kirsty MacColl 'Fairytale Of New York'
4. Mariah Carey 'All I Want For Christmas Is You'

Much as I'm delighted to see SLADE at No 22 I'm conscious that it hasn't been re-released this year so sales must be based on downloads and the number of downloads must be a fraction of what 'Merry Xmas Everybody' sold when it was first released. It's on virtually every Christmas compilation going so the whole world must have the song by now (I have it numerous times meself, including the rare green coloured CD single from last year).

It's also nice to see Kirsty in the top 10, especially with this song and at this time of year. There's been some ridiculousness over at Radio 1 today about banning the single or bleeping out some of the words due to the so-called offensive nature of the language. Luckily common sense seems to have broken out and it's not banned.

There are so many names in that chart that I've never heard of. Are they all big stars or flash in the pans? Do I care? Nope...

Go on - download Kirsty or SLADE and get one of them to No 1! 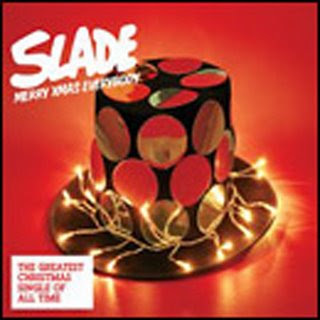