'Into The Woods' at Regent's Park 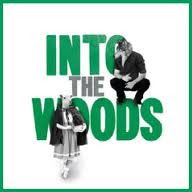 The set is made up of four levels of walkways build between the tree branches on three sides and the audience on the fourth side. The lighting was well thought through and executed, sometimes focusing on the actors and other times lighting up the trees swaying in the breeze. The sound worked well, too, and just as well since it's a musical. 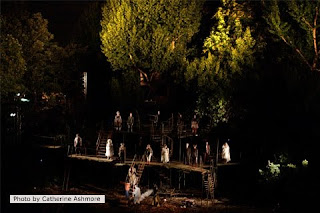 We're introduced to the characters who are all from fairy tales, princes and a witch, Cinderella, Jack, Little Red Riding Hood and all the rest. They all have to go into the woods for some reason or other, the woods taking them out of their ordinary lives and adding menace and adventure, for good and bad. The first half tells the stories we're used to with Cinderella meeting her prince, Little Red Riding Hood escaping the wolf, the ugly old witch becoming beautiful again, Jack escaping the giant and the Baker and his wife lifting the spell that kept them childless. The second half then explores the consequences of what happens in the first part, like the princes becoming bored with their respective wives, Cinderella leaving the palace because, after all, she's not really a princess and, worst of all, the giant's wife (voiced by Judi Dench) visiting the kingdom seeking revenge on Jack. Death and mayhem ensue when you follow stories through to their logical (or illogical) conclusions. 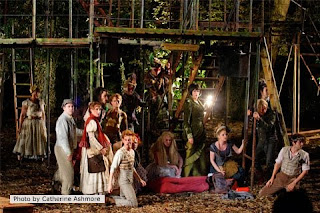 This production was imbued with all the magic and wonder missing from 'The Tempest' at the Old Vic and I loved it. Using a runaway boy as the narrator is a great idea as the action takes place around him, with him half predicting what happens and half a helpless observer. I thought all the cast were excellent, with great voices and great timing. I loved Beverly Rudd as Little Red Riding Hood and her nemesis the Wolf, played by Michael Xavier (who also played the older prince) in a fun seduction scene prior to consuming his dinner in red. I loved the two princes, always rushing round a-hunting, sibling rivalry in their love-lives and the little jump they made before rushing off.

Hannah Waddingham was great as the Witch, menacing in the first half with her walking sticks and ugly face before transforming back into the beauty she was in her youth. I saw Hannah in 'A Little Night Music' at the Chocyy Factory a few years ago and her voice is as lovely as ever, tender and harsh by turns when she sings to Rapunzel. 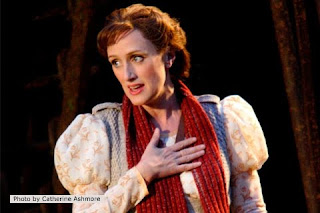 I've also seen Jenna Russell before, in 'Sunday In The Park With George' at Studio 54 in New York, another Sondheim musical. She played the Baker's wife with some great comic flourishes as well as her excellent voice. Actually, I thought they all had excellent voices, perfect for their roles - a recording with this cast would be a great idea but, sadly, unlikely.

If you get the chance, go and see it. It's on for another couple of weeks (rain permitting) and you're unlikely to get the chance to see it in the woods again... There was a nice touch at the end when we finally learn that the Baker is ... well, I'll leave that for you to discover for yourself. Needless to say, I loved this production. Take a look at the clip below and then book your tickets. 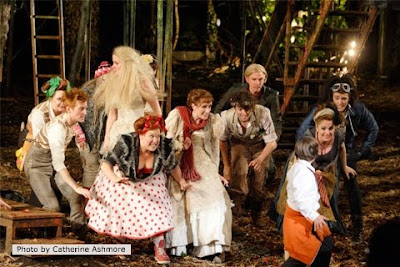