X-Ray Spex at The Roundhouse 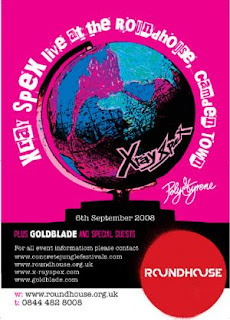 Tonight saw the long-awaited X-Ray Spex gig at The Roundhouse finally arrive - it was announced ages ago and I instantly bought tickets but I've actually been waiting 30 years for this gig and the chance to see Poly Styrene sing those magical songs. And I did see her right in front of me on stage in a black dress with a sparkly pink hat on the side of her head and pink scarf for a belt, Doc Martins on her feet. And what was the opening song? "Oh Bondage! Up Yours!" and heaven arrived on earth and it was loud. 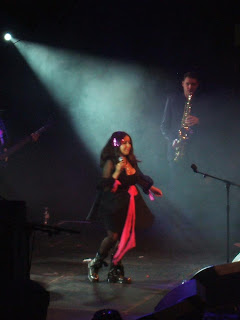 We arrived at The Roundhouse and bombed up the stairs (well, -ish) to check out the merch stall. Purchases made, we headed upstairs to the bar and to lean over the banister people-watching and letting the excitement mount. This felt like a punk gig, lots of different people, all ages and genders wearing everything from weekend casual to pink and green mohicans in leather. It felt comfortable, more comfortable than the Pistols gig the other night which was just full of middle aged, fat beery men.

We didn't see the support band, Goldblade, but they sounded bog standard punk tribute band. Also didn't hear much of Don Lett's DJ set... but then the lights went down and over the speakers came those immortal words, "Some people think little girls should be seen and not heard..." and there she was, Miss Poly Styrene herself! X-Ray Spex always was Poly but it would've been nice to see Lora Logic on sax but, alas, that was not to be. Poly was all smiles and waves and seemed to be having the time of her life on stage with the surging and pogoing hoardes worshipping her from the floor of The Roundhouse. I worshipped from the balcony. 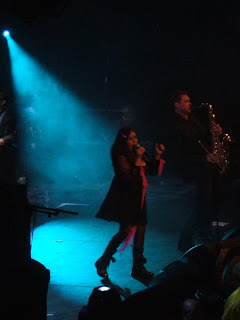 It's 30 years since 'Germfree Adolescents' was released and Poly played the whole album except for 'Age' and 'Plastic Bag' (my blog is named after that song). She also played a few songs from 'Conscious Consumer' - 'Cigarettes', 'Melancholy', 'Crystal Clear' and 'Junk Food Junkie' but not 'Party' (which I think is a great pop song). Poly is no longer the young punkstress of yesteryear (and who is?) but can still belt out a killer song - I was singing along and ran out of breath in some of the longer lines but she went at it like an old pro. I wonder what it feels like to be on that stage with the hoardes in front of you and wanting to hear those 30 year old songs that mean so much to many of us? She hasn't really done much publicly for a long time so it must be an odd feeling to step out on stage to all the cheering.

In true punk stylee, the encore was 'Oh Bondage! Up Yours!' with Poly's daughter up on stage singing and dancing along. Much clapping and shouting and on they came for a second encore with 'The Day The World Turned Dayglo'. Both songs had already been played in the set but that doesn't matter, they're both classics. 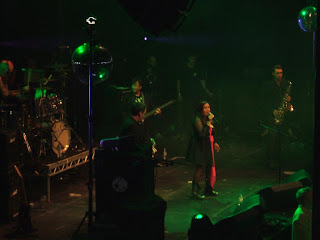 Normally I try to pick out the most memorable songs or performances from gigs to remember them by but in the case of X-Ray Spex I have to say that the whole gig was marvellous from start to finish. Poly Styrene was there in front of me and the world was right. I've waited 30 years for this gig and it didn't disappoint. It has that same kind of aura around it as the first time I saw at the Pistols at Brixton last year - that elated feeling of 'at last'! And I was 18 again. Only for a short while, but Poly worked her magic.

I've seen Poly sing 'Oh Bondage!', 'Dayglo', 'Identity', 'Poseur' and a host of fabulous songs that still have the power to speak to us today. Classic lines about teenage angst and more sophisticated views on consumerism and ecology (very forward looking for 1978) all backed up with raunchy and raw guitar and sax driven music. Who but Poly could write "Freddy tried to strangle me with my plastic popper beads but I hit him back with my pet rat..."?

Poly was and is an original. And it's been a privilege and an honour to see her on stage. And no little fun too! 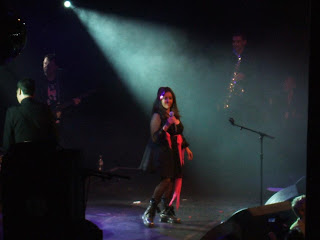 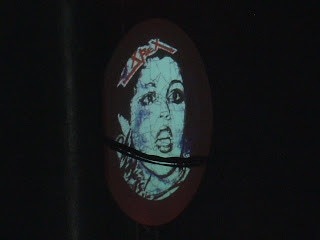 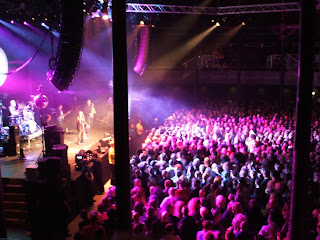 I went last night too and agree with all your comments.

Great to see that Poly refused to present a hackneyed 'punk' sneery attitude (although from clips I've seen that was probably never her bag)and was totally endearing, looking like she really enjoyed herself.

The crowd were friendly too.

All in all a wonderful night.

Thanks for the pics - was able to show my 3 year old where I stood and barged about a bit.