'Maggie May' at Finborough Theatre 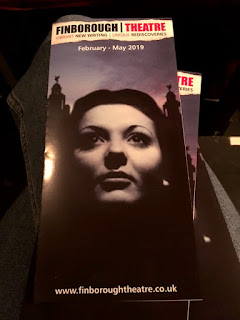 Last week we went to see 'Maggie May' at the Finborough Theatre in Earls Court. It's a little performed musical by Lionel Bart (of 'Oliver!' fame) and, by little performed I mean it hasn't been put on professionally for over 50 years, so well done to Finborough for the revival.

I've never seen 'Oliver!' - yes, honestly - but I have seen another little-if-ever performed Lionel Bart musical in the form of 'Twang!' a couple of years ago that really should have been called 'Carry On Robin Hood' so my expectations weren't terribly high for 'Maggie May'. Despite that, I'm pleased to say that my expectations were totally exceeded and, while I can find lots of faults with the musical and with the production, I really enjoyed it. 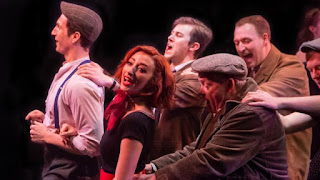 To set the scene a little, the Finborough Theatre is a small space above a pub in Earls Court. The theatre space is probably slightly less than twice the size of my living room with seating for around 50 people. The stage space is small and there's quite a large cast for this play with lots of very active dancing, legs kicked high and they're oh so close to the people in the front rows - luckily we were in the second row so protected from random feet in the air. There is a lot of energetic dancing for such a small space and occasionally I could feel the floor moving. Nothing wrong with living dangerously in the theatre! 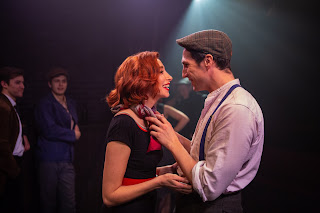 The play is all about Maggie May and Patrick Casey, a prostitute and a docker who grew up together on the Liverpool docks, got separated and then meet again years later and fall in love. It's also about unions and corruption and power but I prefer the love story. I liked Maggie's unapologetic approach to being a prostitute - it's her job, nothing more and noting less and certainly nothing to be ashamed of - which must've been quite startling back in 1964 when it was first performed. I also liked Patrick's approach to loving the woman and ignoring the job despite the dockers all reminding him what she did for money. In that respect it's actually quite progressive for the time. 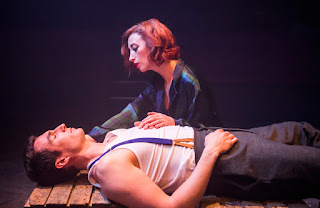 Of course, the course of true love can't possibly be smooth so there are complications, break-ups, reconciliations and then tragedy. You see, Patrick is a man of principal, no matter how much he wants to distance himself from his father's reputation as a union man and martyr on the docks. But when he finds out the dockers are loading crates of guns heading to South America he can't do it since they're destined to keep the working classes - his brothers and sisters - under control. That's a step too far for him. And... well, you'll have to see the production to find out what happens next.

I liked this production and I liked the play. Our two lead characters change and develop during the play and it's nice to see them recognising changes in themselves, particularly Maggie, the classic whore with a heart of gold. Some of the other characters were more 'stock' (like the docker whose brief must have been 'stay angry and aggressive throughout'). Kara Lily Hayworth was excellent as Maggie, bringing both a tenderness and a hardness to the role with her versatile voice, always righteous and proud, no shame about her job there at all. James Darch was Patrick, the man of principle who knows who he loves and that's enough for him.

The show is sold out for the entire run but you might be able to get return tickets if you're lucky. I'd quite like to see this on a proper stage so here's hoping for a transfer. 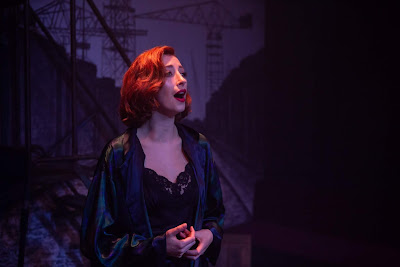