'Pride' at the National Film Theatre 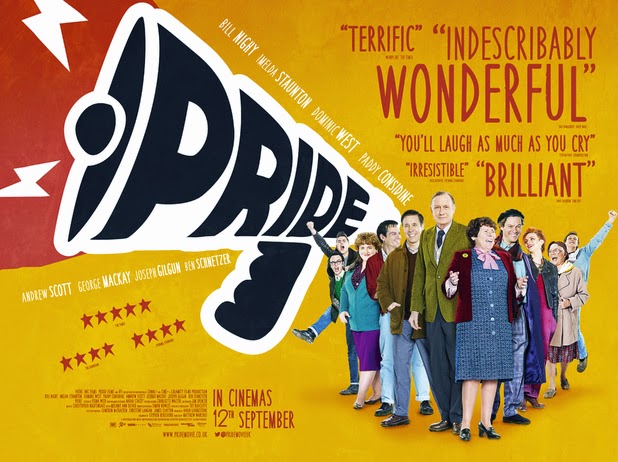 I saw an advance screening of 'Pride' at the National Film Theatre (or British Film Institute if you must) courtesy of my personal artistic adviser. The film isn't released generally until next week and this screening was followed by a short Q&A with the producer and some of the actors, which was nice.

Do you remember the '80s? I mean, really remember the '80s like they really were rather than how we're meant to remember them? The early '80s being all Duran Duran and 'Rio' and the late '80s being City whiz kids with bricks for mobile phones. No, that's not my '80s at all and that's what this film captures - the real '80s. My '80s. The attention to detail was superb throughout and, at one point, I swear I had the same jumper as one of the miners!

The film tells the tale of a gay group that sets out to support a Welsh village in the miners strike over 1984-85. But that's only one level in the story. There's so much more about bigotry, about solidarity and about love. There are the simple stories of the characters and the reality behind them all since it actually happened (or largely happened). 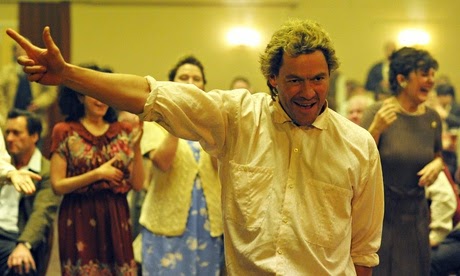 There are the painful and deeply uncomfortable scenes of the lead activist standing on a stage in front of a hall of miners saying, yes, us gays have raised this money for you and seeing some of the miners get up and walk out. There are the more life-affirming moments when the ladies of the village say that their men never dance and Dominic West (who plays one of the more flamboyant characters) then does a masterclass in disco dancing that makes some of the younger miners realise that dancing attracts the lasses. One of the early scenes is set in the Royal Vauxhall Tavern and there's an incredible section set in the Electric Ballroom in Camden when Bronski Beat headline a benefit gig the group organises.

There were some great laugh out loud moments and some tears and the audience erupted into clapping at the end of the screening. I loved the moment when Bill Nighy and Imelda Staunton sit quietly buttering bread for sandwiches and Bill says 'I'm gay' and Imelda's character replies 'I think I've known that since 1968'. It's a great moment and helps fill in some of the character's background, with Bill playing so tight and controlled because that's how he's felt he had live all those years when his real friends would have accepted him as he was. There are lots of levels to this film. 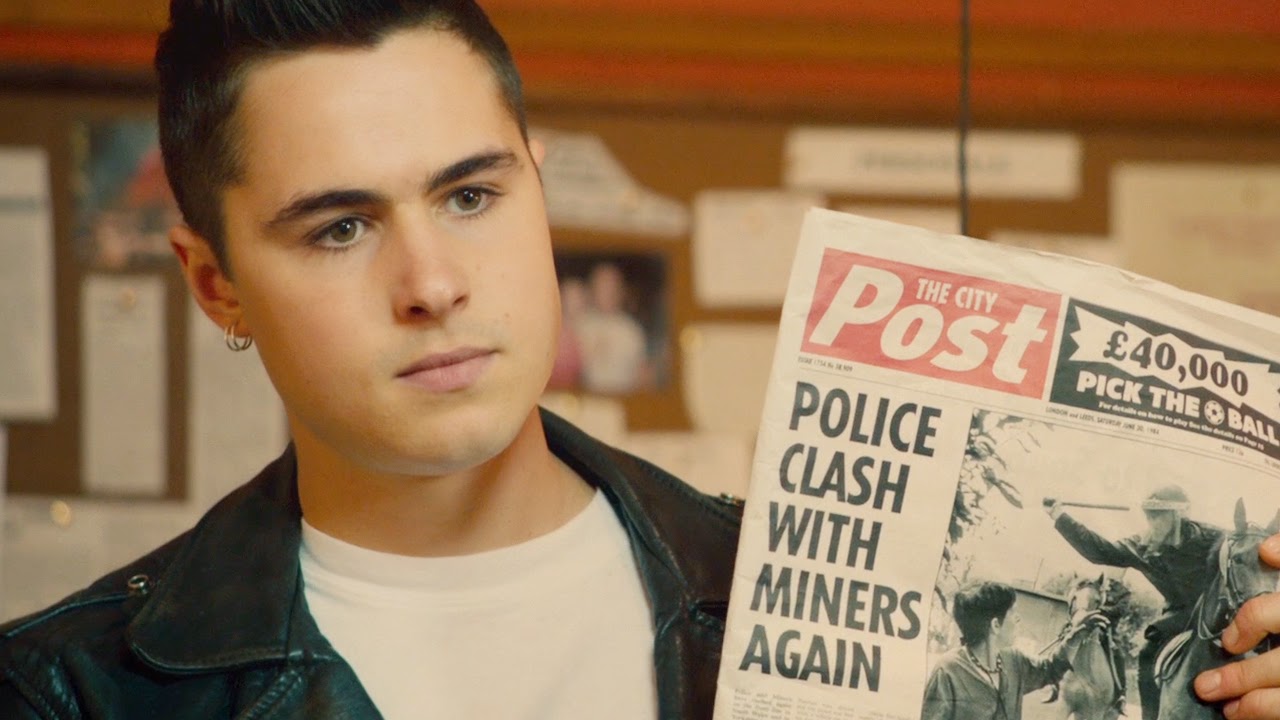 Another moment that brought tears of pride to my eyes was when the miners turned up to march in Pride '85 in London and they're getting out of the coaches that bring them to Hyde Park and then we get shots of the miners' banners. Each colliery has (or had) it own colourful banner that the community embraced and endowed with so much meaning it's difficult to explain. I remember seeing the Durham Miners Gala on TV in the '70s and the proud banners flying in the breeze. And it was these banners the miners bought to march behind at London Pride to show solidarity with 'the gays'. There were so many moments that struck me as 'real', as believable, as 'yes, that happened', even down to the style of jeans. I have my own memories of the miners strike, of course. Back then I worked for the Advisory, Conciliation and Arbitration Service (ACAS) in St James's Square and, back then, the junior staff did overtime by servicing the overnight conciliation meetings. I did one night during the miners strike, serving tea and sandwiches to both the National Coal Board and the National Union of Miners. At the end of those talks Arthur Scargill brought in a big bag of sweets for the staff that stayed up most of the night to keep them fed and watered but we got nothing from the NCB. Says it all really. I know books will continue to be written about that woman and that strike but that's my memory.

The Q&A at the end was fun too, with some of the questioners knowing the people in the film or having attended the events shown. We had David Livingstone (producer) and Andrew Scott, Ben Schnetzer and Faye Marsay on stage for questions. Faye made an important point about where was activism these days? A 30 second tweet isn't the same as putting your health on the line by going out and actually doing something to change the world. And, she is, of course, right. Where are our activists today? This motley crew changed the NUM policy towards gays and they helped changed Labour Party policy. It can be done.

If it hasn't already come though strongly enough, I *loved* this film. If you're reading this blog then I suspect you will too so please go and see it. You'll love it. Honest! 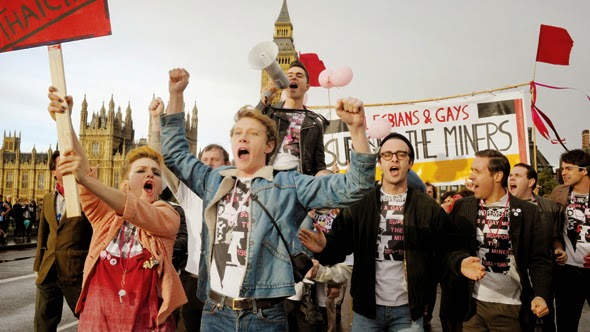