I was sent a video of Buffy Sainte-Marie singing 'Native North American Child' the other day, on a huge stage and backed by an orchestra. The song doesn't half sound odd with a 'pop' orchestra! But there she is, dancing around the stage, putting on a show, in her mini-skirt and platform shoes, wowing the audience. It looks like it's a kind of charity telethon type of programme in Germany in the early '70s and is in black and white. Here are a few screen grabs from the video with Buffy being all righteous and smiley and look-at-me! 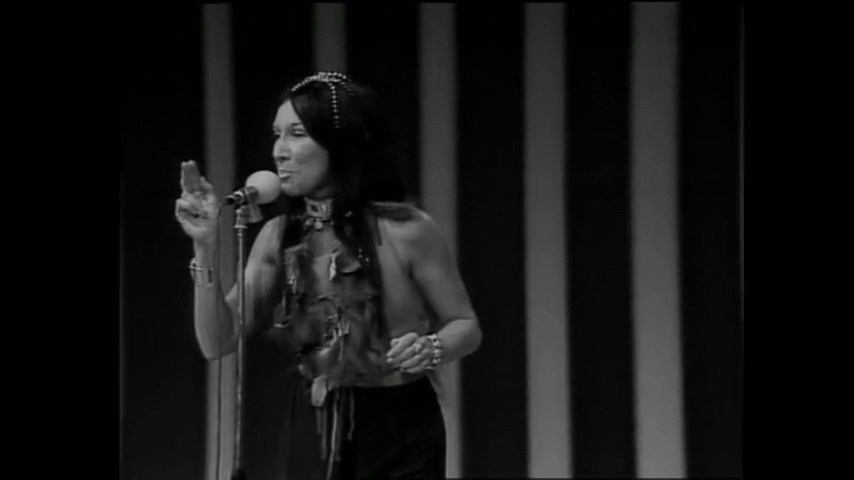 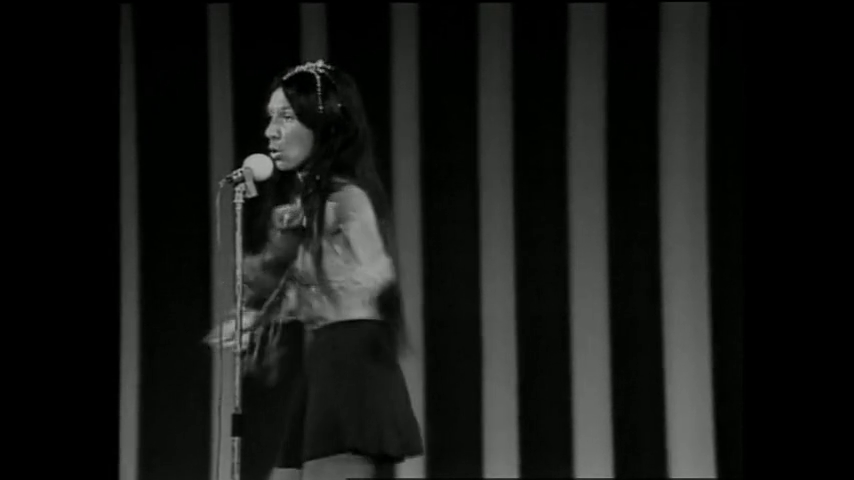 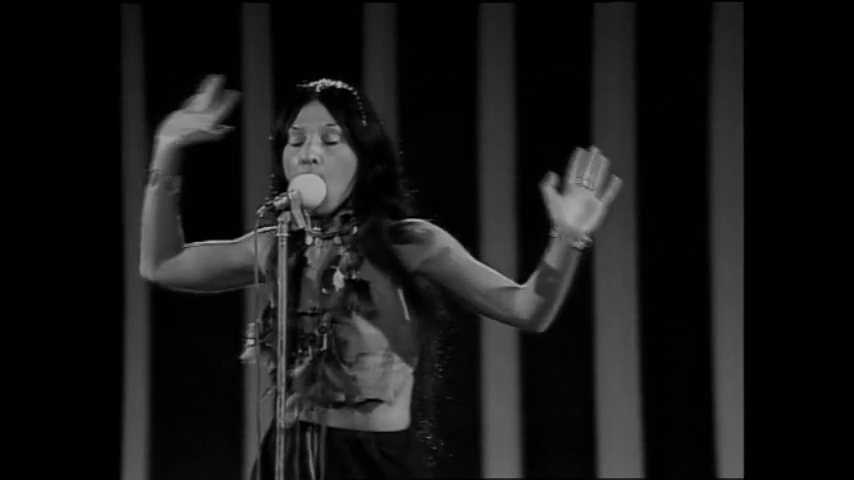 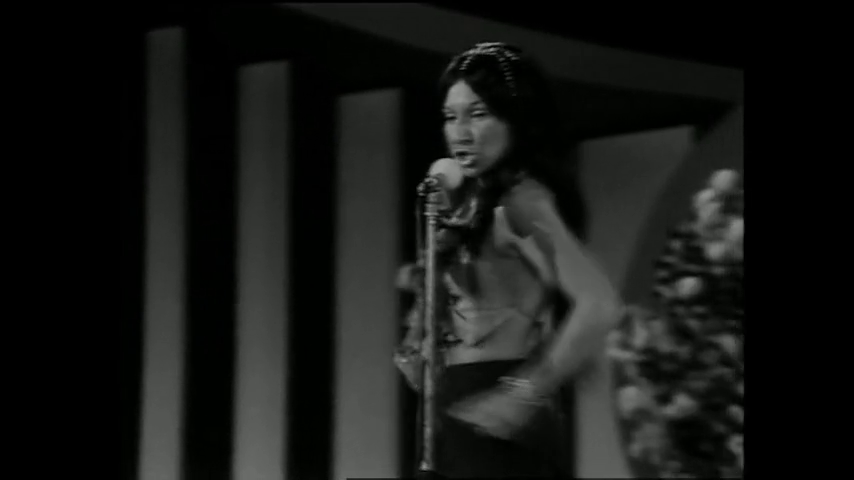 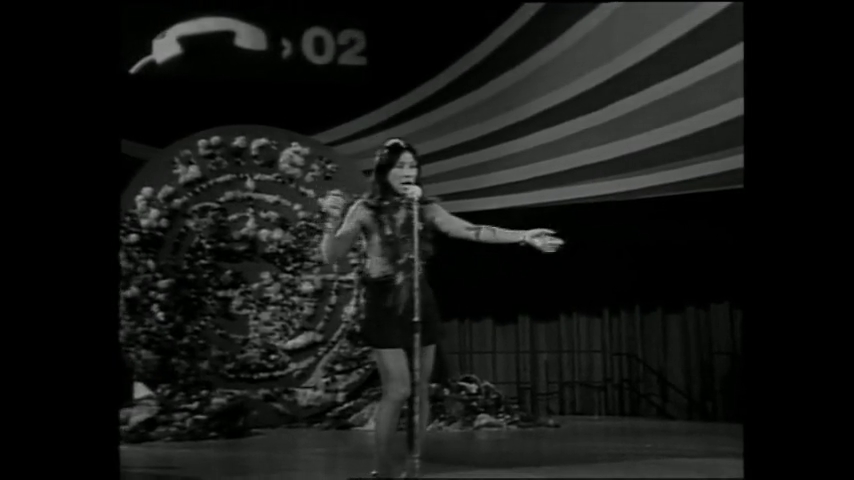 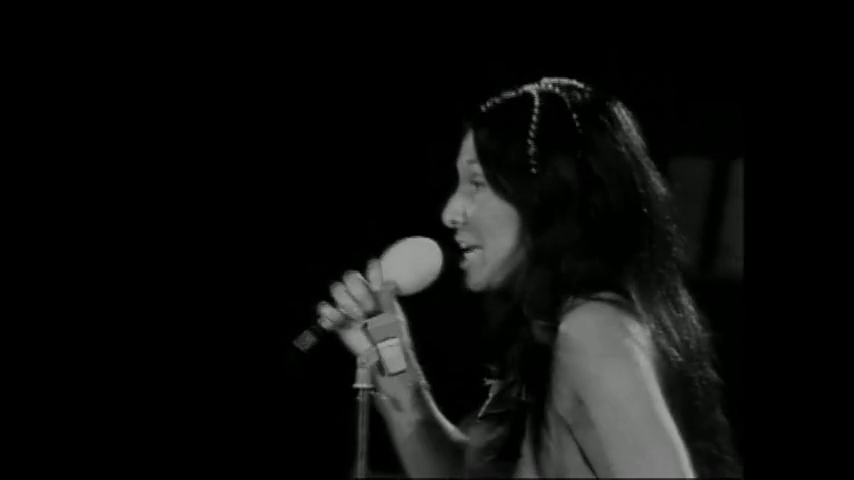 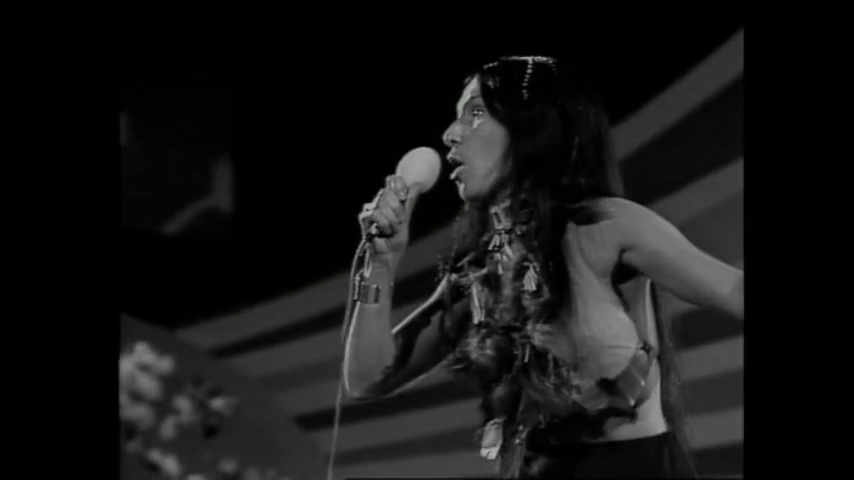 So someone finds a cool video of Buffy but won't share it? Lame.