'Anthony and Cleopatra' at The Globe 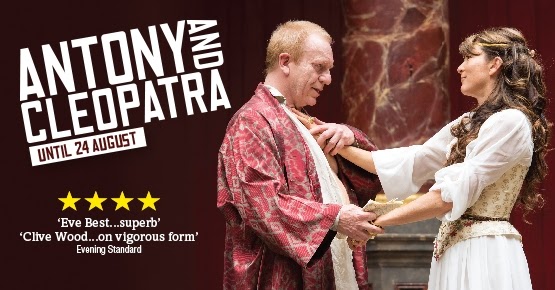 I have a bit of history with Shakespeare's 'Anthony & Cleopatra', not that I've ever seen it on stage. I 'did' the play at university but the most abiding memory is getting the bus past the Theatre Royal Haymarket in the mid-80s and seeing the posters for Vanessa Redgrave as Cleopatra and thinking 'I must see that'. And then one evening going past on the bus and seeing posters for another play - I'd missed it. It's been performed since then, obviously, but I'd never seen it until last night when I saw it in the open-air warmth of The Globe after a day wandering round both sides of the river Thames hunting for literary benches. Shakespeare's bench is, naturally, outside The Globe under a tree and (usually) covered in tourists (and bench-hunters). 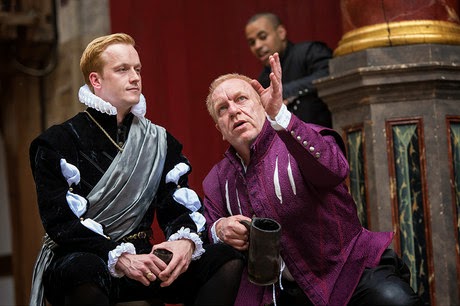 What I like about 'Anthony & Cleopatra' is the carefree love and playfulness of two mature people who each have countries to rule and responsibilities beyond the lovers bed. The jealousies we see from both characters help to make their love believable and say to us that the loves of emperors and queens are the same as ours but have greater consequences when they fail. Their golden period is closing when we first meet Anthony and Cleopatra, when Anthony hears of the death of his wife and must go back to Rome from Alexandria. He is part of the ruling triumvirate after the death of Julius Caesar and his duties call him back to the intrigue and factions of Rome where he marries Octavian's sister to keep the peace. But, naturally, he longs to return to Egypt and Cleopatra. The rest is inevitable, with Octavian becoming Augustus Caesar and emperor over the deaths of Anthony and Cleopatra. 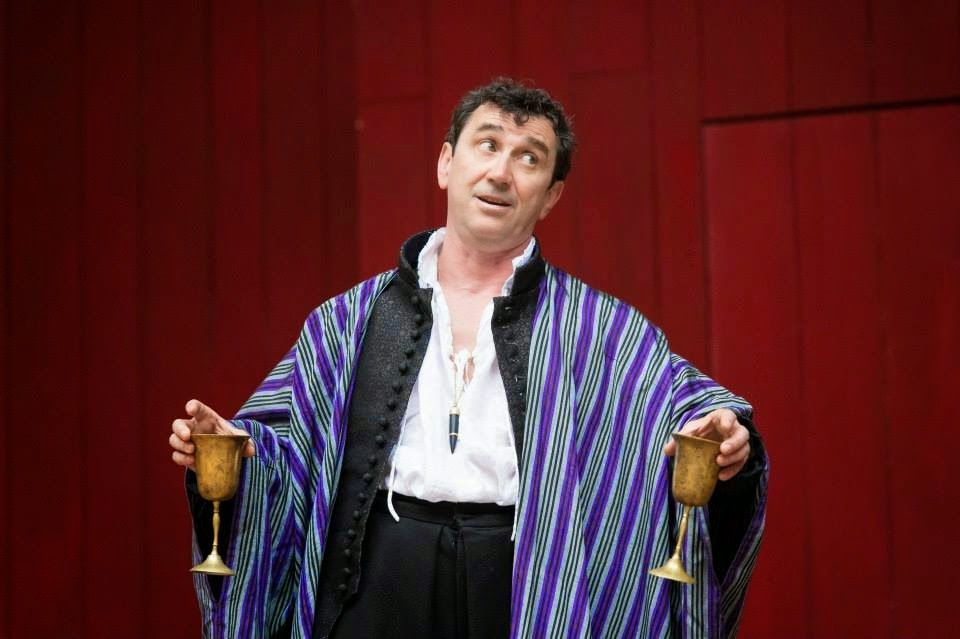 This is an excellent production and (with one exception) all I could've wished for in my first viewing of the play on stage. Eve Best and Clive Wood were excellent as our lovers with great and touching scenes of passion and playfulness, jealousies and lusts and people around them that understood their passions. Phil Daniels was great fun as Anthony's captain Enobarus for most of the play, serious and cutting and comedic by turns, who defects to Octavian and regrets leaving his master. I'd also pick out Sirine Saba as Charmian, Cleopatra's main servant and confidant and Peter Bankole as Cleopatra's messenger and Anthony's man, Eros, both of whom were excellent and got great laughs as well as pathos. 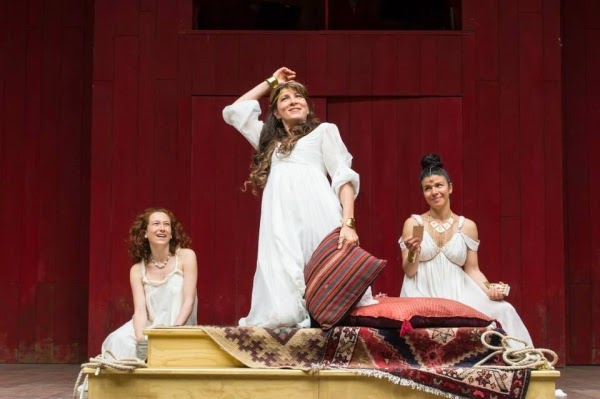 My exception? Well, it was Cleopatra's final speech which Eve delivered with determination and great intent. But I wanted passion and fire, I wanted anger and power and disdain - the anger of a queen at the death of her lover - not quiet determination. I can fully see why it was delivered like that in the context of the play but it's not what I wanted. Cry to the heavens in anger and joy at joining your lover, Cleopatra, this is not just a political act, it is an act of love.

The lines I have remembered for over 30 years are:

"Give me my robe, put on my crown
I have immortal longings in me...
I am fire and air, my other elements
I give to a baser life..." 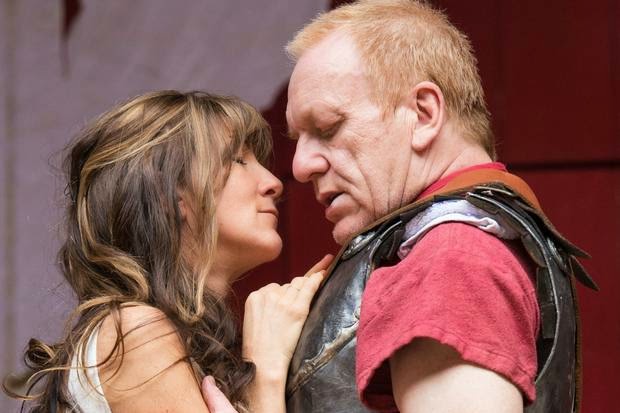 I want the heavens to open on those lines, for lightning to fork in the skies as the gods rebel against any concept of natural order, and Cleopatra, standing tall and proud, railing against the fates and sending her soul to seek Anthony in a world beyond this one. That's what I wanted but I'm happy with what we were given.

This is a great production - we were even given envelopes full of gold paper to shake down on the union of Anthony and Cleopatra at the end of the first half to join in the celebration of their love. It's on until the end of August so make sure you see it. It'll stay with me for a long time. 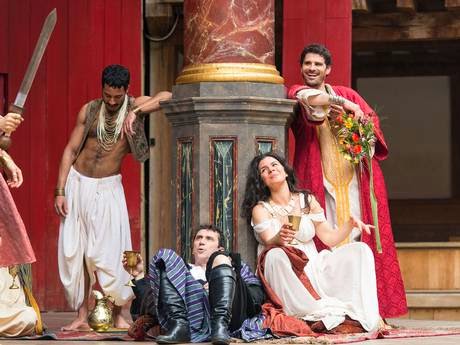