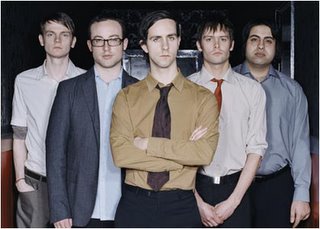 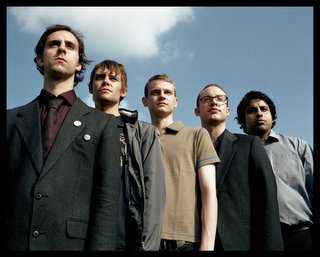 After the shock of Rula's eviction I'm relaxing by listening to their album, 'A Certain Trigger'. There are some great songs on it, clever lyrics and catchy guitar hooks, short, punky songs full of life. I love Paul Smith's vocals, singing in his native Geordie accent - I don't think I can recall anyone else singing naturally in Geordie (even Lindisfarne seemed only to turn on the Geordie for 'Fog On The Tyne').

Songs about growing up and young adulthood, moving away from home and changing your accent, love going wrong... 'why did we have to meet on the night I lost my head'. Young and eneregetic and largely delightfully un-derivative (unlike many of todays new bands). Very refreshing.

I think my favourite song is 'The Coast Is Always Changing' (which I think was released as a single before I'd even heard of them). Whenever I hear it I think of getting the Metro to Tynemouth - no idea why that should stick in my mind since I only ever made that journey once. 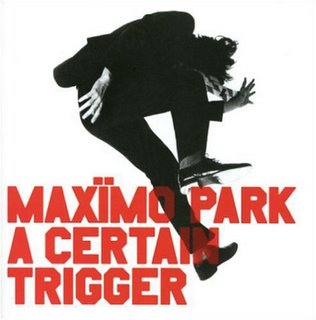 I notice they keep the big biffer at the back...