'Sweet Charity' at the Donmar Warehouse 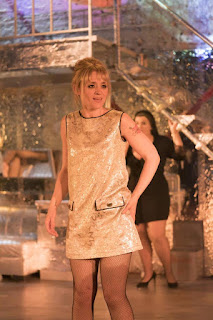 'Sweet Charity' is on at the Donmar Warehouse at the moment so we went along to see what was to be seen and what was to be seen was the stage and all the props spray painted silver. How strange, I thought, starting to look forward to what else what might be strange about the production.

Of course, we all know the story of Charity Hope Valentine, the hapless dance-hall hostess who just wants to find love and who finds it quite easily, it's just a shame the men she falls in love with don't love her in return. What's a girl to do, just keep on trying I suppose. Then she meets a man when a lift breaks down and could it really happen, could they both love each other? Well, know knows, there's a lot of story to get through before we find out what happens. I've always liked the story of 'Sweet Charity', with some great songs and characters and a lot of optimism. Maybe next time she'll find the right man. 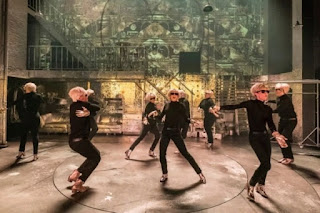 Anyway, back to the silver production. To signal the show is about to start one of the dancers comes on with a record player and begins to play 'Venus in Furs' by the Velvet Underground ' shiny shiny, shiny boots of leather... OK, the show is set in 1966 so the Velvets were contemporary but there's no music in the show even vaguely like this, what's going on? Then some of the cast walk round with signs saying 'The Park' to let us know we're in Central Park in New York and a giant tub of silver balls is wheeled on the be the lake that poor Charity is pushed into when her boyfriend steals her bag. That giant tub of balls must take up a lot of space in the rather small backstage area and it's only used for a couple of minutes. A few songs and some exposition later and we're into 'The Rich Man's Frugg' with all the dancers in black with Andy Warhol wigs and sunglasses and I'm wondering what's going on. 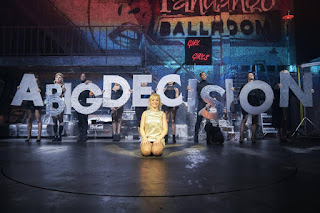 I don't want to be overly critical of the show since I really liked it, but it sometimes felt like I had to work to like it. 'Sweet Charity' is a standard musical that could, really, have been written at any time in the last 70 years or so, with only a couple of songs pointing to the '60s, so starting out with the radical sound of the Velvet Underground send very strange signals. The sparkly silver set and Frugg dancers point to Andy Warhol's Factory but Charity lives a million miles from that world, in a grubby dance-hall in a cheap part of town and that's her life. I suppose it's the mixed messaging I'm questioning. Why? What does it add to a basically sound show that can be adapted in many ways? Something that just irritated me was using the cast to hold up placards or letters to spell out words every so often - very unnecessary and just filled up space. I also got bored quite quickly with the use of ladders in the dance scenes - why? 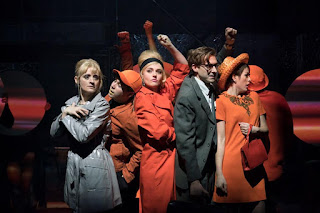 Yes, I have criticisms of the show but, overall, I really liked it. I liked Anne-Marie Duff as Charity and I liked her throaty singing voice. Theres nothing in the rule book that says Charity has to be a good, conventional singer, and I thought Anne-Marie was just right as a dance-hall hostess that spends most of her time in a smoky environment with a rasp to her voice. I also liked Arthur Darvell as Oscar, the man Charity falls for and expects to marry. I didn't realise it was him at first but he was quite engaging.

Overall, I enjoyed it and it's nice to have 'Sweet Charity' back on the stage. I've only seen the show twice - here and at the Menier Chocolate Factory a few years ago - both in small venues. It would be good to see it on a larger stage one day with more money spent on it. My view is to go and see it if you can - you might be critical of some of it but I suspect you'll also love other bits of the show. 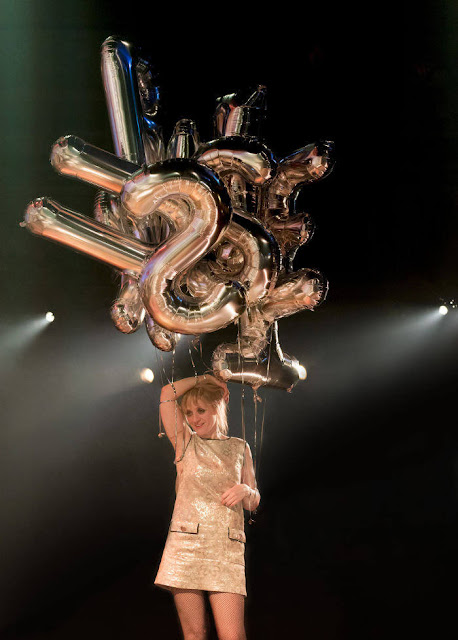