'Present Laughter' at The Old Vic 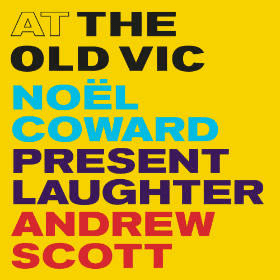 I'm told I saw 'Present Laughter' at the National Theatre 11 years ago but, you know what? I can't remember it at all, so seeing the play at the Old Vic last week was like seeing it for the first time. It's a star vehicle for Andrew Scott and he ably proved himself worthy of the honour - he has the best part and the best lines, of course, but he pulled it off to perfection. Who knew he was so good at comedy? He was, however, matched line for line by Sophie Thompson as his secretary whenever she was on stage - they made a great double act and it would be fun to see them on stage together in another play one day. 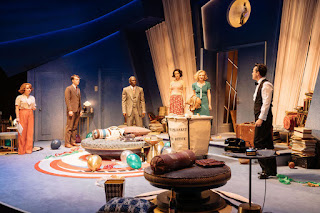 It's a Noel Coward play so you expect it to be witty, charming, upper class, lots of word play and a bit risqué. It's the tale of Garry Essendine, a famous actor, and his little coterie of friends who are also his managers and advisers and who've known each other forever. His swanky apartment is also his office where his secretary of 17 years works along with his manservant and maid. There's also his ex-wife, a current one-night stand and a young playwright who seems to be in love with him. 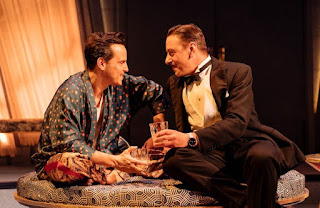 There is also the husband of one of his managers, an outsider who's wormed his way into the coterie and this was where it got interesting since the simple trick of adding an 'e' to Jo changed the character from female to male who wants an affair with Garry. The play is played 'straight' (so to speak) with no reference being made to the genders of the lovers so two men having an affair is nothing remarkable. The gasps that went up from some parts of the audience at the first kiss between the lovers were a comedy moment in themselves. 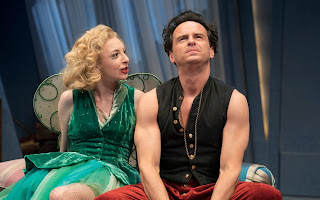 The play takes place over the few days before Garry is due to sail off to do a tour in Africa before his next play in the West End. What could possibly go wrong? Well, everything really, and that's where the fun begins with the play opening with Garry's latest one-night stand waking up in the middle of the living room madly in love with the older actor who she met for the first time last night at a fancy dress party and him not even remembering her at first. 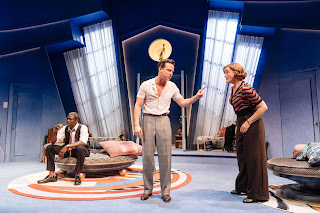 It's a very funny play and this was a great production with a largely great cast. I was very impressed by Andrew Scott who deserves all the praise he's getting for this production, ably showing his versatility and ability to carry the production. I loved Sophie Thompson as Monica, his secretary, with her delicious Scottish accent and swanning around in her wide trousers for much of the play. She has a sharp tongue when she wants and, towards the end, there was just a hint of a long-hidden love for her boss, a really delicate performance after all the ribald comedy and fast talking. 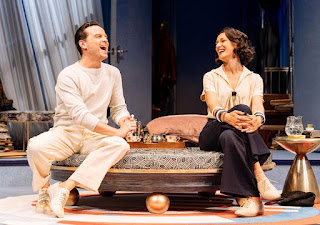 I also liked Indira Varma as Liz Essendine, Garry's ex-wife who is still part of the scene as an adviser and protector. I've seen her in a couple of Shakespeare plays in the past (including playing the mighty Tamora, Queen of the Goths in 'Titus') and liked her performances so it was good to see her in a modern play doing out and out comedy. She was great fun. I'll also give a shout out to Joshua Hill as Fred, the manservant, who gave a great performance in a small but important part, a wide-boy who's fiercely loyal to his boss. Garry can't be that self-centred if he inspires such loyalty.

This production is thoroughly recommended - get yourself a ticket and relax into it. Oh, and remember to say 'darling' a lot.