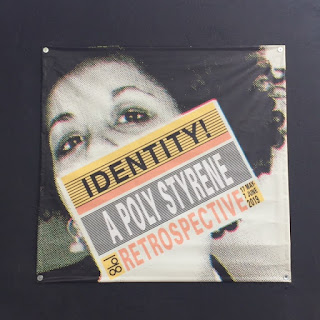 This afternoon I went to the new exhibition about and by Poly Styrene at the 198 Gallery (the 198 Contemporary Art and Learning Centre) at Herne Hill, up Railton Road from Brixton. Poly grew up in Brixton so the location is appropriate. The exhibition is small but contains some fascinating works by Poly herself from different stages of her life and career. I was particularly pleased to see her little red typewriter that she used to type up her lyrics and, in the typewriter, were the lyrics to 'Plastic Bag' after which this blog is named. 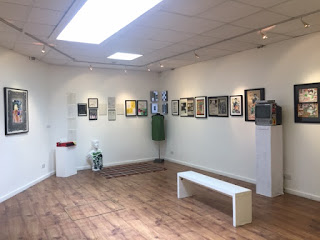 The exhibition has a range of works from some very early photos of X-Ray Spex and Poly's designs for covers of singles to the large works of her as Marie Antoinette that she gave away as cards with her last album, 'Generation Indigo'. I like those images and they show her being playful and cheeky but I've only ever seen them small, as postcards, so it was great to see them full sized as A1 works of collage and they look great. There's also her iconic punk frock that I never guessed would be green since all the photos I've seen are in black in white. 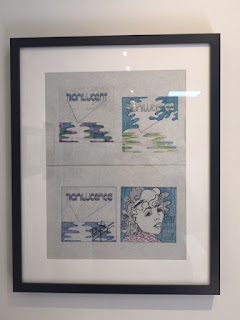 I loved her designs for the cover of 'Transluscence', her first solo album and would never have guessed that she was playing around with the design since I've only ever thought of the record with her in bedouin garb and scarves.

There are a few letters she wrote (including a particularly sad one that shows her state of mind as a young woman), doodles of Johnny Rotten, typed lyrics sheets, screens showing the 1979 Arena documentary and a video for 'Genetic Engineering' that I've never seen before, tour posters and loads more. All of this shows what an all-round creative person Poly was, not just a great songwriter and singer in a punk band. There was clearly so much potential in her that never got to be released or realised. The beauty is in the detail. 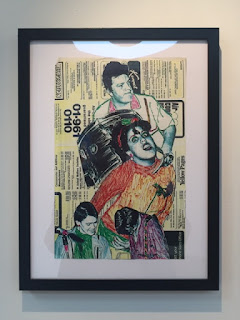 Something I learned about Poly is that she clearly loved collages. Punk was, amongst other things, about do-it-yourself so she designed the record sleeves and posters as well as her own clothes and there are some very colourful and expressive artworks here, some with cut-out photos stuck onto newsprint and daubed with paint or ink - it would be great if these could be made into prints. I'm sure they'd raise money to complete the new documentary about Poly to be released next year.

If you get the chance go and see this exhibition. It's only in two rooms but there's a lot packed into those rooms and a lot to love if you like Poly Styrene. I couldn't help but grin as I walked round and then backtracked to look again at some of the exhibits. It's about 20 minutes walk from Brixton tube station and five minutes from Herne Hill overground train station. Ring the bell to get in and you'll be welcomed with open arms.

Thanks to Celeste for sharing so much of her mum's work, some joyous and some sad but all fascinating! 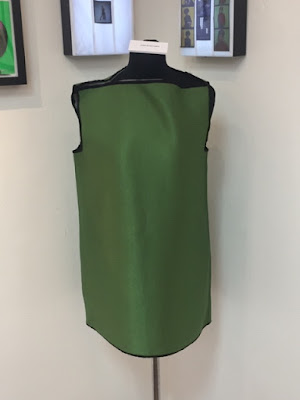 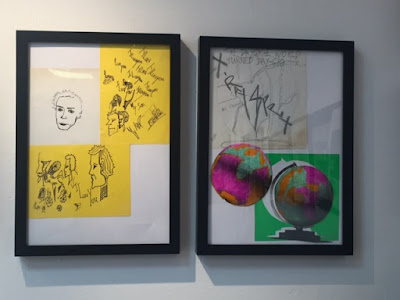 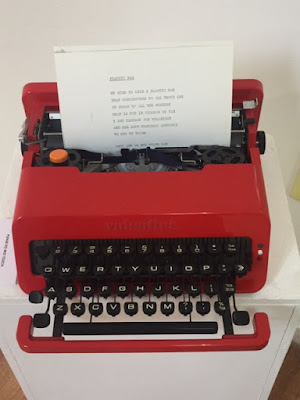 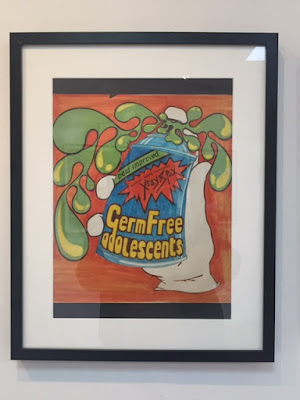 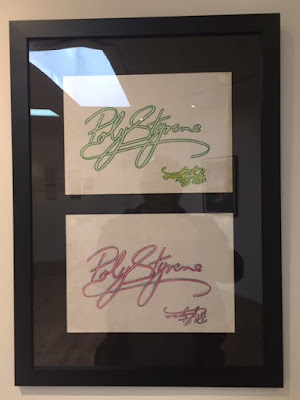 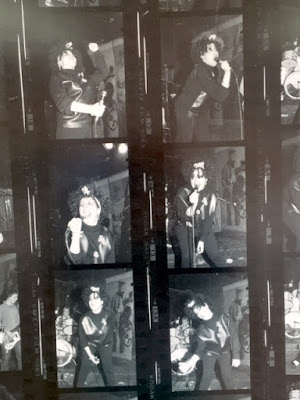