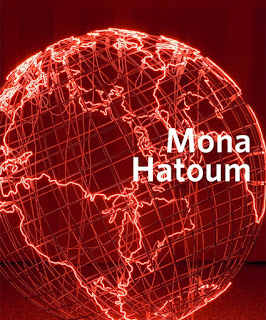 There's a great little exhibition on at the Tate Modern at the moment by Mona Hatoum, her first 'big' retrospective exhibition in this country.  She's not someone I now a lot about but, after seeing this exhibition, she's someone I'd like to know more about.

Mona is Palestinian Lebanese who settled in London in the mid-70s when Lebanon exploded into war. This makes her world view something different to most peoples' and this is shown in her art, such as the poster piece that shows the world outlined in red neon, red for warning and alert. Nowhere is safe.

A lot of her works are political. There is the piece made out of 200-odd cubes of olive soap fitted together with the shape of Palestinian homelands detailed in small beads pressed into the soap. She shows us cells without walls, with four-storey bunk beds for prisoners little bigger than 12" vinyl record shelves that fit as many prisoners as possible into a small space. It's all a matter of perspective. 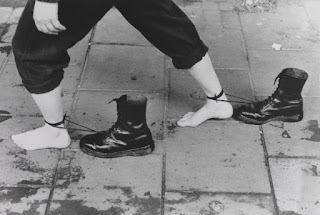 One of the first pieces you see is the still from a video of Mona walking round Brixton with Doc Marten boots tied to her ankles. My initial response to this was ' so what?'. But then you think that this is Brixton in the mid-'80s, and the police wear Doc Marten's and so do skinheads and that suddenly makes this a different image. A young Palestinian woman walking round the inner city trailed by the police on the one hand and by skins on the other. It's a different experience. It's a still photo from a video piece that is shown later in the exhibition. 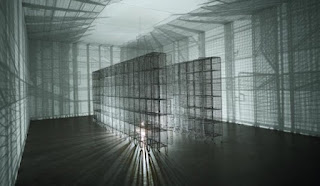 An installation that really made me take notice was 'Light Sentence', an installation of wire-mesh cages in a small white room lit my a single light bulb that is raised and lowered, slightly swaying in the breeze created by people coming in and out of the room. It's not about the cages or the light bulb, it's al about the shadows that grow around you and move slowly and silently. As you walk round the installation the shadows change as the light bulb moves up and down, becoming disorienting and confusing and strangely wonderful and magical. 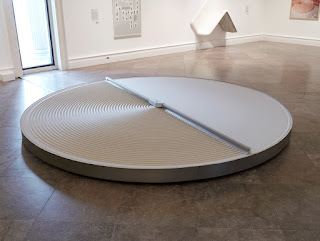 One of my favourite pieces was towards the end of the exhibition, a giant circle on the floor covered in sand with an arm continually rotating just over the sand, one part creating a patter and the other part smoothing it out. Over and over again. It's called '+ and' and is mesmerising, watching that arm sweeping slowly round and round, creating and destroying continually. The cycle of creation and destruction goes on and on, almost religiously. All it needs is a dancing Shiva in the centre dancing the universe to destruction before it's created once again. It's a wonderful, meditative piece.

There is, of course, a lot more in this exhibition - a room full of household items wired together and electrified, a model of a baby inside an egg-slicer, public hair on a chair - but I'll let you discover these for yourself. It's well worth exploring this exhibition. 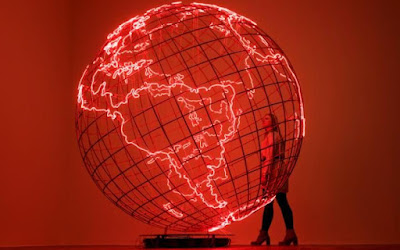 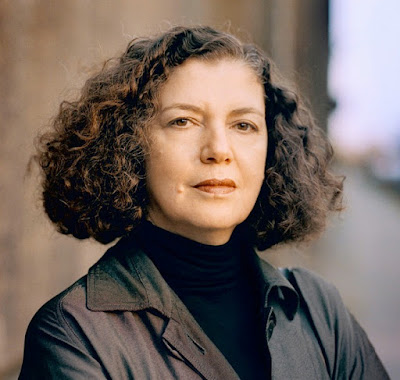