'Here To Be Heard: The Story of The Slits' at the British Film Institute 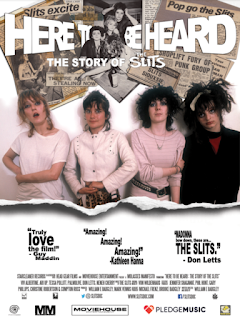 On Saturday night I went to see 'Here To Be Heard', a new documentary about The Slits, as part of the London Film Festival at the BFI on the Southbank. It's not only new, it was the world premiere.

I go way back with The Slits, to the first John Peel session when he played these weird and challenging songs with this odd lead singer. I taped it. Hearing 'New Town' or 'Shoplifting' whiz me back to my teenage years even now. Sadly I never saw them play live and didn't even see the Clash tour when they were one of the support bands (how did that happen?).

But I bought 'Cut' and, when the new version of The Slits got together in the '00s I bought 'Trapped Animal'. When I heard that Viv Albertine was back I supported her crowd-funder and contributed to her promo gig at the 12 Bar Club in January 2013 (sending a cheque to her home at the time). Then we had Viv's first album and book, with another book on the way. I even supported the original crowd-funder for this film on Kickstarter back in 2015. People need to know about The Slits. 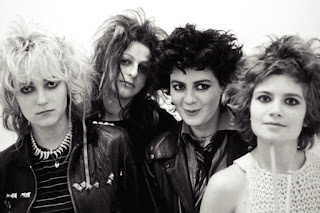 The documentary takes as it's core a scrapbook kept by Tessa Pollitt as she leafs through the pages and provides a narrative, showing film clips from the time, photos and, of course, the music. There are some great clips from their early gigs - the sound isn't too good but that doesn't matter, it's astonishing that there's actually any film material at all. It's lovely to hear Tessa telling The Slits story, along with interviews with Viv and Paloma (Palmolive) thinking back to those younger days and their experiences. And Ari, of course, is never far from their memories. 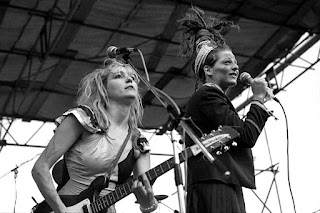 Fast forward to the mid-00s and Ari and Tessa got a new version of The Slits together to tour and then release a new album. Ari wanted their last tour of America filmed so there's footage from this and then, of course, there's the news of Ari's illness and her death and the end of The Slits.

It was great to see some of the interviews with people like Paul Cook, Don Letts, Dennis Bovell and even with Budgie harking back to those wild days. It's a shame we didn't hear anything from Nora Lydon, Ari's mum, but you can't have everything. 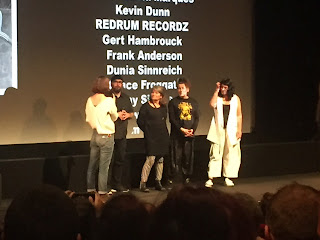 After the screening there was an impromptu Q&A with the director and producer who then invited Tessa and Paloma onto the stage to great applause. Cue the usual 'it's all about me' questions and comments from the audience. It was livened up a bit by Dennis Bovell who was also in the audience (and, later, behind me in the queue for the toilet) - Dennis, of course, produced 'Cut' and I saw him play with Linton Kwesi Johnson a few years back at the Barbican. Sadly, Spizz was also there (sitting behind me for the screening) who did his usual 'it's all about me' thing and told everyone that Paloma was the drummer in his first band - I wanted to tell him to shut up and stop trying to steal their big moment.

I'm really pleased I got to see this film - and I'm pleased that it was finally made and released. There are many stories and angles to punk and music in the '70s and the story of The Slits needs to be included. It was also lovely to see Tessa and Paloma on the stage. The film should get a theatrical release in early 2018 and DVDs will be available in 2018. If you'd like to pre-order the DVD then go here: https://www.pledgemusic.com/projects/the-slits-here-to-be-heard. I'm looking forward to seeing it again. 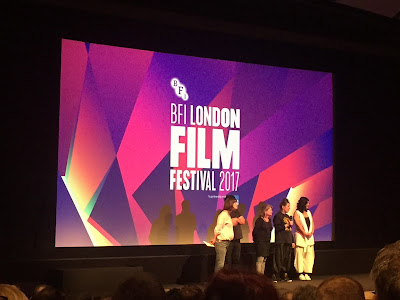